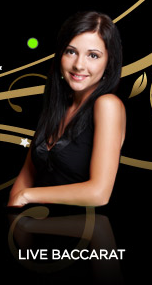 In another article we have described the most popular Baccarat type – Punto Banco. It’s played across the majority of both online and land based casinos in the UK, USA, Canada and even Macau. Punto Banco differs from other casino table games, as it doesn’t include any skill factor and is played against the house. The dealer, who works for the casino, is dealing all the cards and following a fixed set of rules. To find more about this visit our Punto Banco page, where a detailed explanation of these can be found.

However, there’s way more in Baccarat than Punto Banco – Ez Baccarat, Punto2000/Super6, Chemin De Fer and Baccarat Banque, are just some of the wide variety of game types out there! Before we go into more detail about each of these types, lets refresh your memory with bet types and house edges, that are available in Punto Banco version of Baccarat:

So, we’ve refreshed memory a little bit and it’s time to check other Types of Baccarat :

Ez Baccarat is a slightly different variation of the normal game of Baccarat. While the drawing rules are equal to these offered at Punto Banco, ‘the bankers’ payout is improved. Instead of getting a payout at odds of 19 to 20 as it is in classical Baccarat, EZ version pays out at even odds (1 to 1).

Before you jump out of your chair and start to clap hands, I have to tell you that this isn’t the type of Baccarat, where you’ll hold an edge over the house. How come? Well, if the banker wins with a total point count of seven and holds three cards, it’s considered a push, meaning that you don’t get paid. This translates into around 4.9% equivalent commission taken, thus you can clap those hands a little, as the house edge in EZ variation is slightly smaller than in normal one – 1.018%.

There also are two unseen side bet options – Dragon 7 and Panda 8. The first one predicts that the banker will hold a total point value of 8, using exactly 3 cards. It also has to win, in order for your bet to win, so if the player reaches 9, you still loose. The Dragon 7 pays out at 40 to 1 odds and features a house edge of 7.61%.

Panda 8 can be won in the opposite way, compared to the Dragon 7 – player reaches point value of 8 using 3 cards and wins the hand. Panda features a payout odds of 25 to 1 and a large house edge of 10.17%.

This is a slightly adjusted variation of Punto Banco, which pays winnings for ”the banker” bets without any commission, compared to 5% in classical Baccarat. However, when the banker wins with 6, you loose half of your bet and get 50% of it back. There are many names for this baccarat type, but most known is the Super6 Baccarat.

Super6 sees a slight increase in house edge, when ”the banker” bet is done – 1.48%. Regular baccarat featured an edge of 1.05%. While there is not an obvious commission for ”the bankers” charged, rule of 6 translates into a 5.87% commission, which is actually slightly worse than the 5% standard commission.

Super 6 can only be found in land based casinos, which prefer it as there’s less hustle with commission calculation and so on. We’ve never seen this variation in an online casino, so if you have please get in touch!

This is a version of Baccarat that was introduced in France and it’s believed to be the original one. Chemin De Fer is still enjoying quite a bit of popularity in its homeland. Chemin De Fer Baccarat, which is iron road or railway in french, got its name because the cards used to be held in iron boxes.

Before the game of this Baccarat type starts, six card decks are shuffled and players are seated around an oval table, usually in a random order. While there is a dealer or croupier in this game, players shuffle the cards themselves, once the game starts.

Once gameplay begins, one player is determined as ”the banker”, while rest are ”the punters”. The banker also deals cards and has to figure out an amount of money he would like to risk (bet). Once this is done, the action starts and players act clockwise. Each player has an option to go ”bank”, which stands for matching the amount wagered or alternatively, they can make a wager by their own desires. If a player has gone ”bank”, none else can make a wager. This goes on until the amount of wagers by the punters equals and matches ”the bankers” wager.

When all the wagers are done, the banker deals four cards face down – two to himself and two to the punters. Punters are playing as a team, one who has made the higher wager, is usually leading the action and making decisions for the whole team. The banker and punters now proceed by looking at their cards, if either one has an 8 or 9, cards are opened and hands compared. Otherwise, punters now decide whether to take the third card or not. After the decision is made, the banker does same. In the end, when all action has closed, cards are opened and hand values compared. If the banker wins, he takes all the wagers made, alternatively, if the punters win, they share the wager made by the banker. This is done following the amounts each had wagered before the hand started.

After a single round has ended, bankers ‘title’ goes to the next player who sits clock-wise from the previous banker. This is certainly an exciting type of this game, but unfortunately it’s mostly unavailable or played in closed clubs.